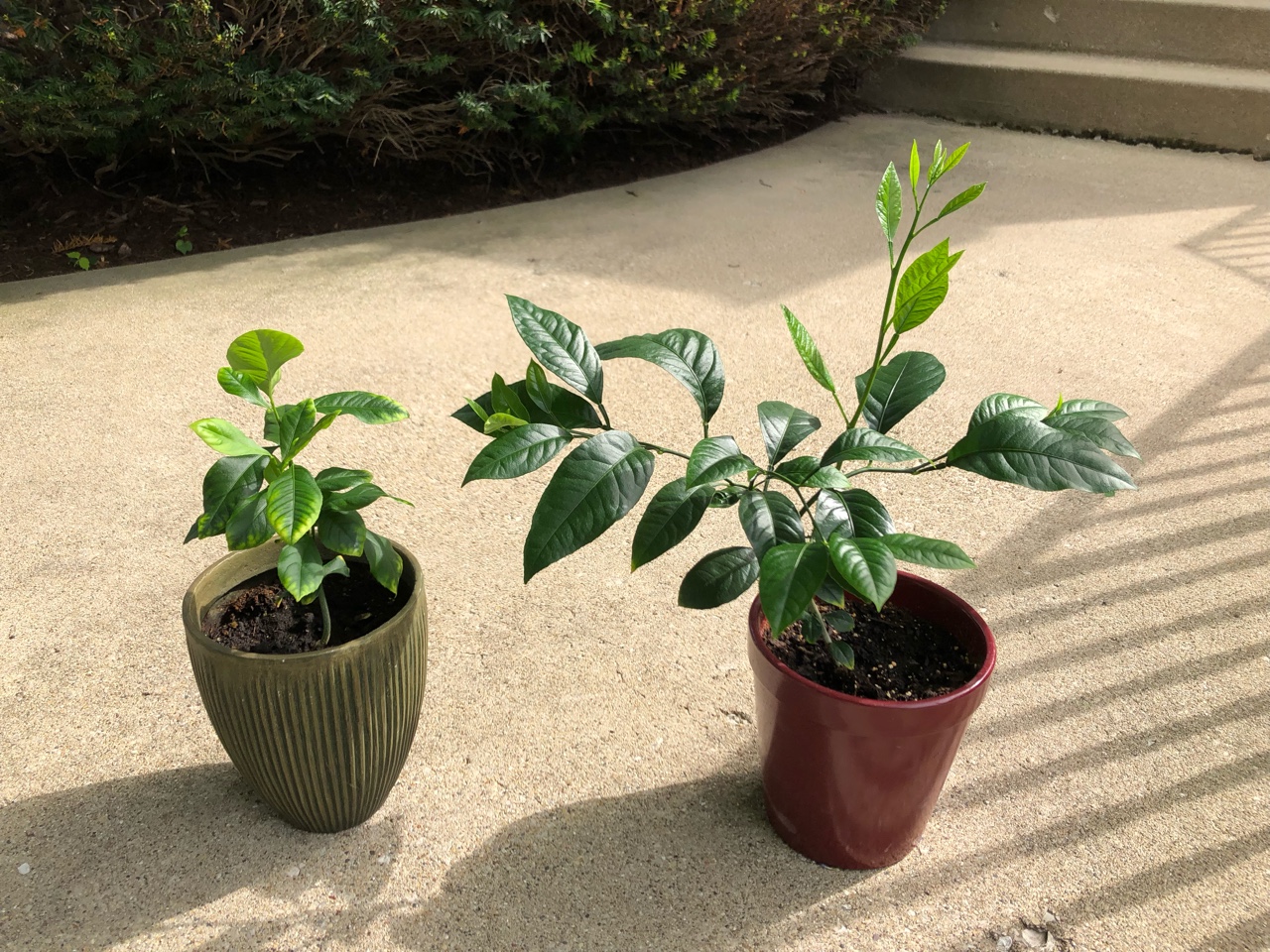 I haven’t given an update on the

It’s kind of hard to believe these two plants came from the same fruit. They have been growing up side-by-side with the same soil, light, and watering schedule since they were born in December. Neither is looking like I’d expect. The one on the left has a better shape, but the discoloring around the edges of the leaves seems problematic. On the right, healthier foliage, but the sprawling shape of it and lack of a central “trunk” doesn’t seem like it’s a good candidate to be a tree anytime in the future, though maybe one will emerge.

The main miracle is that they’ve survived this far. Certainly, this fourth generation of the experiment has been the most successful to date.