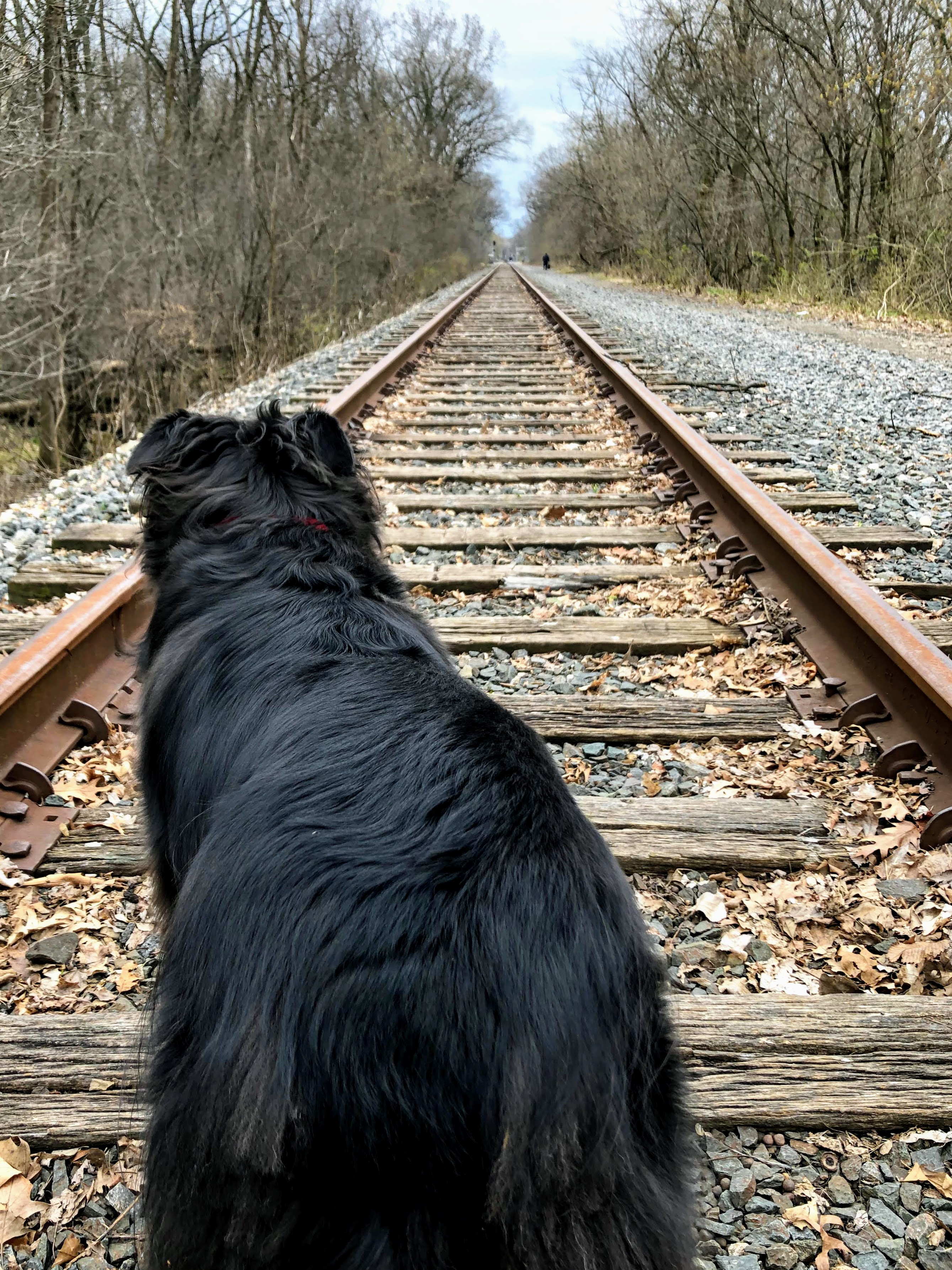 I’m starting with a picture of Arlee I took while we were walking earlier this week. Largely because it’s a cool picture, but also in no small part because I know that putting a picture at the top of the post means my banner headshot won’t be what Facebook shares when I link the post. I am still working on that email subscription thing, btw. It’s just hard to find the motivation, like it is for so much these days. Apropos of none of that, maybe, on this same walk down the CN line near here, toward the river, we discovered a deer carcass near the track bed that had been mostly picked clean by other critters. Fascinating and gross. Yes, I took that picture, too, but I’ll spare you.

Danny’s birthday is next weekend, and at dinner tonight we tried to think of a song with “sixteen” in the title. Last year we greeted him with a rousing version of Taylor Swift’s “Fifteen” and we figured there had to be a good sequel. Well. It turns out that there are an awful lot of songs with “sixteen” in the title, and it’s a playlist ode to pedophilia. In roughly chronological order:

Billy’s entry into this shamefest is notable for being released in an era where the norms had clearly shifted. We can recoil at the horror of what was acceptable in the 50’s, but what Billy brought to the table in the late 80’s was a whole different kind of skeeve. So, needless to say, none of that is happening next Sunday. I should note that I also found Whiskeytown’s “16 Days” (about cheating on your wife while on the road, and regretting it, but only because she left) and The Decemberists’ “16 Military Wives” (about the senselessness of the Iraq War). Better songs, to be sure, but still not what we’re looking for pre-cake. The ghost has got me running. If you have a better idea, let me know.

Last time I was at Costco, two weeks ago, desperately looking for Clorox wipes that were not there and never will be again, I saw they’d just put out all the swimsuits and floaties and stuff in the middle section. It filled me with sadness. Nobody’s going to the beach or the pool this year.

There’s a larger essay to be written about it by someone smarter than me, but the nut of it is this: I’ve found that grocery shopping in the Polish neighborhoods in the city, north of here, is more productive than it is in the leafy paradise I inhabit. For whatever reason, the things that the suburbanites around me are buying to exhaustion are not in the same kind of demand up there. (Except Clorox wipes. Everyone is hoarding them, and that crosses all cultural and linguistic barriers.) Like the one kind of white bread that my picky kids like? Plenty available in the chleb aisle. And vice versa—the shelves that are empty in Jefferson Park stock products I’m not searching for here. I imagine it’d be similar in the Hispanic neighborhood stores. I’m almost hesitant to share this finding. Write that great essay about it, please, and don’t go ransacking their stores like a tool.

Leah’s in the other room howling at The Breakfast Club, mostly at how freely Bender drops f-bombs. Hopefully not at the scenes where Brian or Allison reveal their families’ dysfunctions. She’s never seen it before. I haven’t seen it in a while, and I hope it doesn’t turn out to be one of those 80’s movies that we X-ers all loved to death but by current mores is a problematic cringe factory. John Hughes was hit or miss in that regard. What I watched with her for a few minutes brought back a lot of nostalgia. She pointed out that Molly Ringwald, who now plays the mom in all the series she watches on Netflix or whatever, still kinda looks the same. I think I’mma go back in there and watch the rest with her.