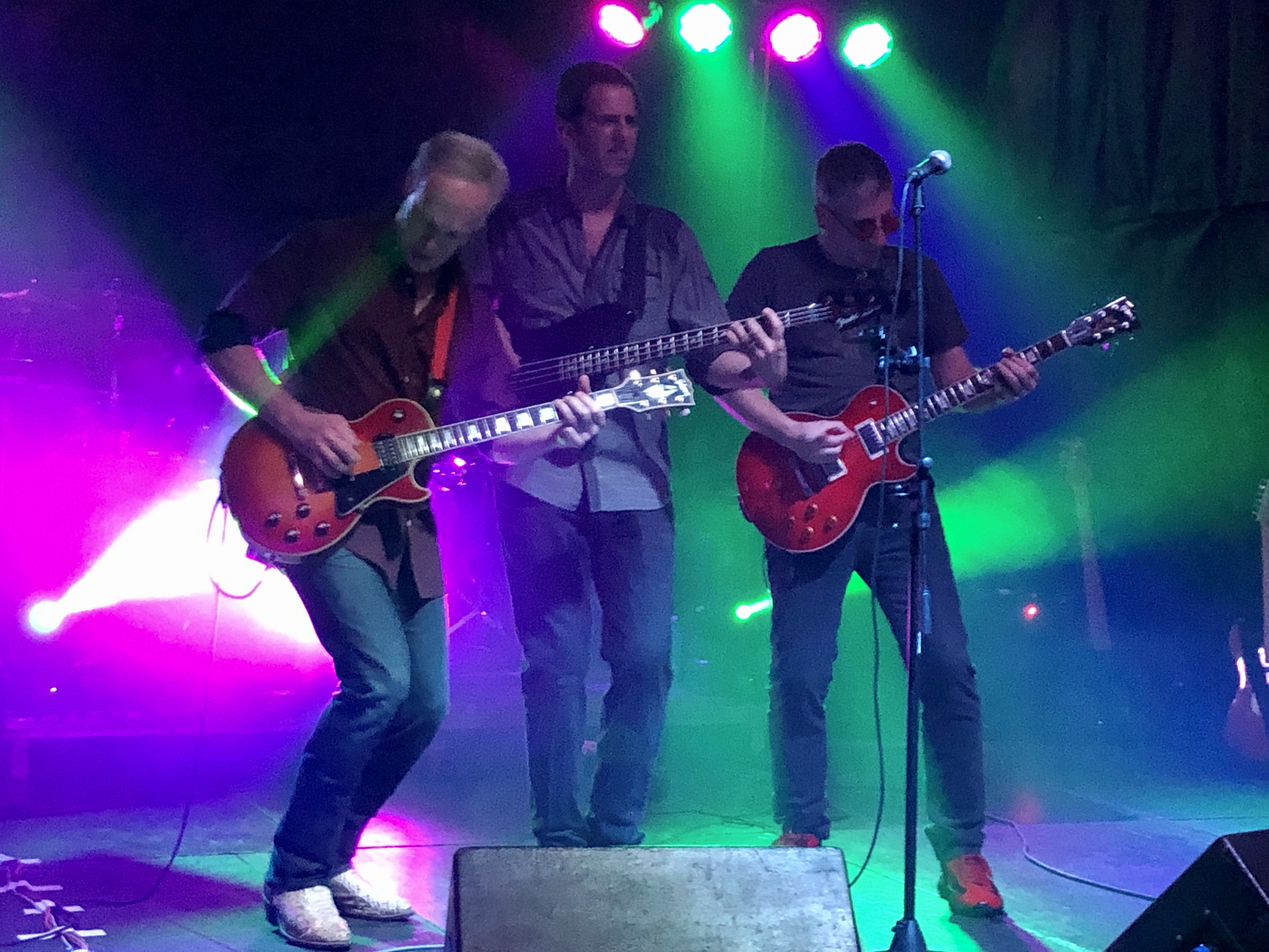 On Saturday, I got together with a bunch of old friends who happen to be amazing musicians, and did a couple of sets of covers for an interesting fundraiser. It’s this concept called Craftsman Cafe, the likes of which I haven’t seen before. This amazing guy, Jim Connell, throws these giant parties a few times a year, and the charity that benefits rotates from time to time. This year it was Youth & Family Counseling. There’s a live band, there are open bars, there is food, and it’s all for charity. Here’s the kicker: he doesn’t charge admission, and there’s nothing for sale. The whole model is donation-based. You put what you feel like in the box on the way out, and some local corporations also cut some checks. I was skeptical about the profitability of the endeavor, and then I learned they cleared over $36K. Holy moly.

I’d have played this gig for an empty room, though. The thrill of getting up there with guys I’ve known forever and playing a set of our favorite guitar-based covers was pure electricity. I just about levitated out there. We specifically went after stuff where a two-guitar attack made sense, so Mike and I could shred together. Thin Lizzy, Boston. You know. For sure the highlight of the night was when we took on “Hotel California” and played the end solo pretty much note-for-note. That descending arpeggio bit on the fade is just so completely iconic. You know you’ve hit guitar solo nirvana when civilians are playing air guitar and singing along with it. Magic.

It was a good start to a week whose mood would slouch to the far other end of the spectrum as it ended. Watching the sheer mockery that was the “trial” in the Senate this week was depressing and enraging beyond belief. Not only are the bad guys going to win again, but the mind reels looking ahead to what they might feel empowered to do next. If anything the president does to get reelected is in the national interest, as argued, then how about declaring the opposition party terrorists and jailing their leaders? Claiming “irregularities” at polling places or tallying centers in swing states, and sending in troops to shut them down? Taking the Washington Post or CNN offline because, well, just because?

Not gonna lie, though – I’ll be glad when the charade is finally over. It’s grim, but it feels something like watching someone die slowly. When the final moment comes, of course the grief is overwhelming, but for me, at least, there has always been an accompanying feeling of relief at being able to get to what’s next. I do better with busy hands.

I’m old enough to remember when Zero Hedge (not linking) was a useful source of market insights, and a home for some sharp analysis, even if it skewed slightly right-of-center. But they’ve caught the prion disease. Their current MO is to spread conspiracy theories about the coronavirus, and then to dox a Chinese scientist. They’re so far off the rails now that even Twitter had to ban them.